COVID-19 and The Elderly Prisoner

I have received numerous emails, texts, and calls from clients and families of those incarcerated. All are questioning whether COVID-19 will give them or their family member a basis for immediate release from prison. I have been keenly following this, as all of us have. There have been many voices - the Courts, Prosecutors, Prison Authorities, Attorney Generals, Medical Practitioners, and Community Voices, seeking a response to this question. As you know Hawaii has also joined in this effort.

I have participated in Zoom and GoToMeeting conferences on the issue looking at how other states have sought and passed resolutions and stipulated orders requiring the release of inmates, to alleviate the overburdening numbers in the prison systems. A system that some have argued acts as a petri dish for the pandemic. Daily numbers have been published by the Bureau of Prisons that are alarming! 70% of federal inmates tested have been positive for the virus. More alarming are some population counts. For instance, Lompoc, FCI with a population of 1,162 inmates has a virus count of 851, and Terminal Island, FCI with a population of 1,058 inmates has a virus rate of 693 cases. That means over half the inmates in those two facilities alone have the virus.

The take-away from all the present information is as follows:

Individual states are looking at overall community safety first, this means the release of those that do not pose a community danger, which includes those serving minimum sentences (petty-misdemeanor and misdemeanor sentences and community status); those whose age and medical conditions make them a higher risk; those with no history of violence (domestic violence/TRO violations will not qualify for release); and pretrial detainees that meet all or most of the above criteria.

The federal government through Attorney General William Barr has authorized individual United States Attorneys to consider the release of inmates meeting the above criteria and those who would be also be considered for compassionate relief. See: https://www.justice.gov/file/1266661/download

Clients that have either federal or state detainers will not only have to meet the above criteria but will also have to seek relief from both authorities before being released. Even if you meet some critical criteria such as medical history and age it is still an uphill battle to be released. To date the statistics on the release are dismal.

However, I have been successful in a recent federal case on just such a COVID petition. The client is 73 years old, has advanced Parkinson’s disease, high blood pressure, coronary disease, Type II diabetes, and mental illness (among other disabilities). He was being housed in a federal facility in Missouri, serving a 60-month sentence for a no-violent drug crime. The federal facility was not following CDC protocols.

I filed the motion for compassionate release on March 23rd and asked for a temporary release pending a full hearing on his case. The following day the federal court issued an Order setting the matter as a non-hearing motion with a decision to be made after April 21st. The court invited the United States Attorney and the Probation Division to respond by April 7. With additional Defense response due no later than April 21. Probation responded on March 27th opposing the petition stating, among other things, that we have not proven that the facility had a case of the virus. Seemingly to say that we needed to wait until the virus had arrived before we could file such a motion. The Government responded on April 6, 2020, and objected based upon the same reasoning. I replied to both objections on the very same day. Clearly, if my client contracted the virus the CDC ‘s prognostication was that he probably would not have survived. Fortunately, the court clearly had more common sense and compassion than the government thus did not wait until April 21st, instead issued a decision granting the petition on April 13, 2020. A copy of the opinion can be found here: https://www.fd.org/sites/default/files/covid19/compassionate_release/usv_ben_yhwh.pdf. 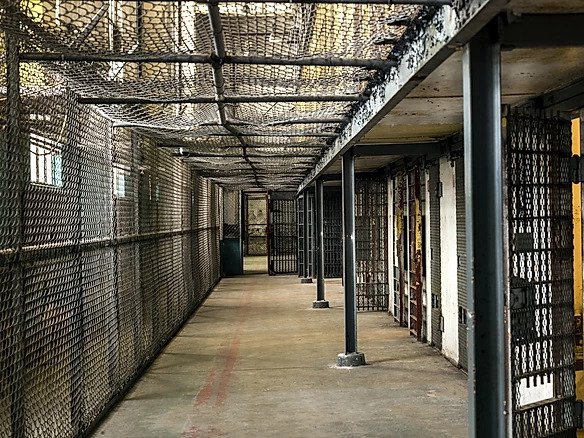 Tell your story in this form. We'll help you write your next chapter.